Williamson County Deserves A District Attorney That Is Fair And Just

I don’t say much about politics…

…but I am so disturbed by this that I have to spread the word.

I voted for Jana Duty in the last election. When she served as Williamson County Attorney, I had not seen anything to make me believe that she would not be a good district attorney and we certainly needed a change. Since that time, I have become dismayed at her actions. She snubs her nose at the rules of conduct that every attorney swears to abide by. She ignores the rule of law, disrespects the courts and judges, and treats most attorneys with disdain. I actually sat in on a hearing in which she made an argument and was appalled with both her words and actions. I read some of the pleadings that she filed and frankly, I was shocked that any attorney would file such things.

Attorneys get a bad rap – I know that – but most are truly hardworking, smart and committed to both their clients and the profession. It is a few like Ms. Duty that sully an otherwise noble profession.

Williamson County deserves a District Attorney that is fair and just. Someone who will seek justice for the victims of crime but will also do so in a way that honors our Constitution and respects both the judges and ethical rules she is sworn to uphold. We don’t have that in Jana Duty. And it just makes me sad. If you live in Williamson County, please follow this race and make your voice known in the Republican primary of 2016. 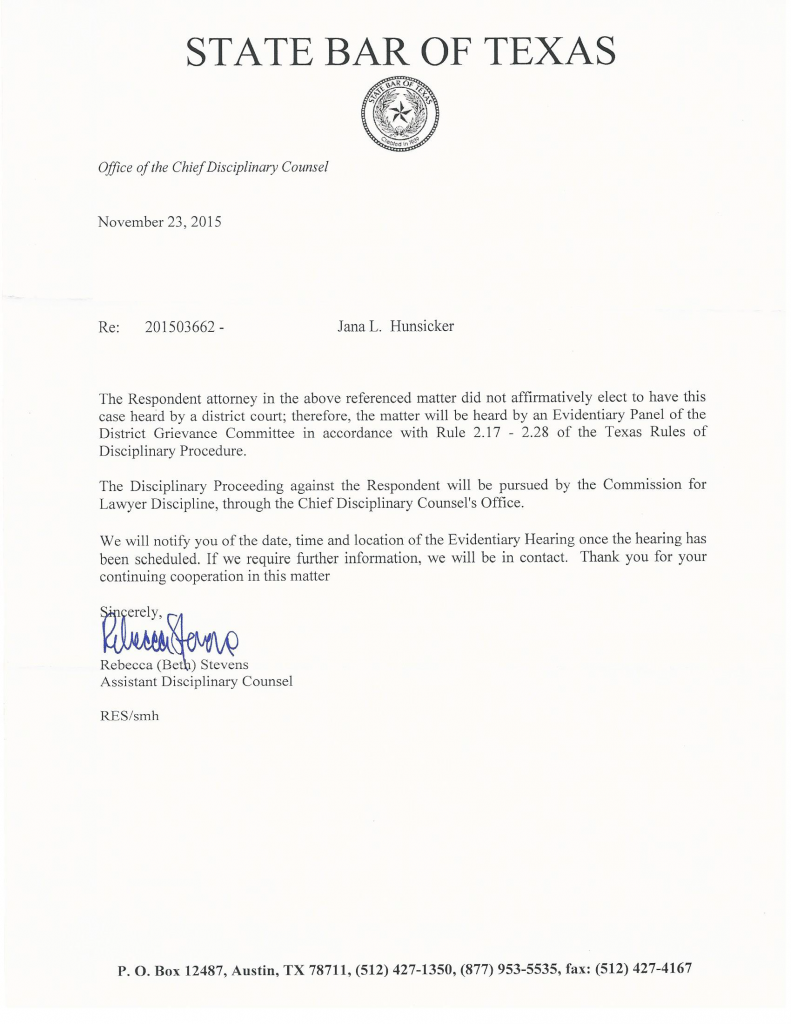